Fishtail braids are an intricate and classy-looking hairstyle. You can wear this hairstyle with any outfit for any event. Such is the versatility of this braids style. Not only does it look dashing, but it is also quite easy to do by yourself if you put in a little effort. Fishtail braids are said to have evolved from ancient Greek hairstyles and are considered as one of the most beautiful types of braids. It is very simple and minimal looking, yet has a hint of complexity to it, which makes it so endearing.

The fishtail braids can be worn in a variety of ways, from normal ponytail braid to a side-swept style and even a complicated bun style. It serves as a great piece of decoration on your hair, and you wouldn’t need any other hair accessories to enhance your look if you are sporting the fishtail braids. While ponytail fishtail braids are the most common style and the style that we will be discussing here, another common way of wearing the fishtail braids include styling them as a halo crown on top of your head. It makes for a very classy wedding hairstyle.

The fishtail braid may appear similar to a French braid, but it is not quite so. For the French braid, we separate the hair into three sections from the top of the head itself. But for fishtail braids, we begin by first tying up your hair into a ponytail and then dividing up the sections to create a pleat. Let us now move on to the detailed explanation.

The Rebirth of Fishtail Braids in Contemporary Times

According to some researchers, Ancient Egyptians were the only ones who used to braid their hair. They augmented their hairstyle with things like beads, jewels, and extensions. Moreover, fishtails braids that are one of the most beautiful hairstyles ever to exist originated in Ancient Greece. As observed in their thousands of year old architectures, caryatid, a female figure, provided strength and structure to the architecture instead of a pillar. These caryatids were intensively studied for their role; however, their hairstyles were always overlooked. Their complex, voluminous, and intricated fishtail hairstyles were a part of their identity.

Moreover, they were the most time-consuming and required additional assistance of attendants that not many Greeks could afford at that prevailing time. Most importantly, bearing in mind the type of clothing caryatids wore, it is possible that the hairstyle included or excluded them from any social category. In addition to this, it is also possible that the fishtail braid was considered a symbol of belonging to respectable and elite groups.

However, these preserved Caryatids only demonstrate those fishtail hairstyles that survived. Some of them are wrapped around the head, followed by a large, voluminous fishtail hanging from the nape of their back.

It is no doubt that in the past few years, the fishtail braid has become an integral part of fashion in iconic states like New York. Women of all ages are adopting this elegant hairstyle to rock their OOTD or OOTN. Originally, braiding was an essential part of African-American male and female hairstyle culture, with specific salons solely dedicated to them around the 1990s. However, mainstream media was never addressed or even included in ramp walk and fashion shows.

Furthermore, braids only became popular after Alexander Wang’s Spring/Summer 2010 Ready to wear show in New York, where their models wore them gracefully. After many years fishtails slowly emerged as a fashion trend, and people began to wrap them around their heads like a Caryatid. In addition to this, the single, double, and triple strand style of fishtail braids also became pretty common in runways, award shows, and prestigious Hollywood parties, etc.

Steps To Do A Fishtail Braid

A Few Tips for Your Perfect Braid

Unlike french braids, fishtail braids do not start from the crown part of your head. Instead, a classic fishtail begins from the nape of your back, and its modern version is achieved by slightly taking it to one side. You can make the braid as loose or as tight as you prefer; after all, it totally depends on your mood.

Fake It Till You Make It

If you have really short or medium-length hair, then the braid might leave you craving for more length. You can use hair extensions to give more length and strength to your actual hair in such cases. Moreover, do not wash your hair on the same day as clean, smooth hair does not provide a better grip and texture.

How to do a double fishtail braid?

There are no additional steps needed to do a double fishtail braid. Just part your hair into two sections on both sides, tie them each into ponytails (double ponytail) and then do the same steps you use for singular fishtail braiding.

How is fishtail braid different from the French braid?

The French braid starts right from the top or start of your head, unlike fishtail braids that are done on ponytails. They are therefore connected to the ponytail and not to the scalp or head.

Can I do fishtail braids on short hair?

Yes, you can do fishtail braids on short hair too. If your hair is really short or a bob hairstyle, then you may be unable to do your whole hair in fishtail braids. In such cases, take only a few strands of hair and braid them as fishtails. 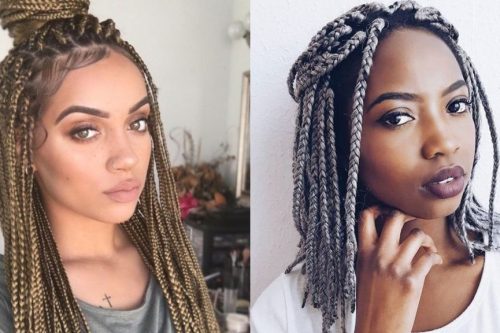 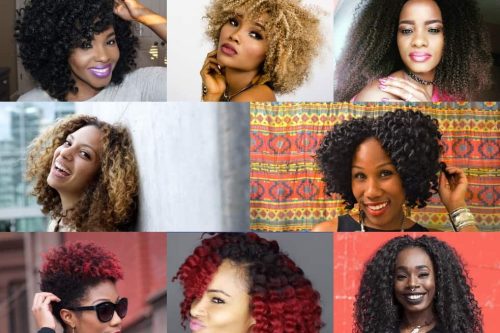 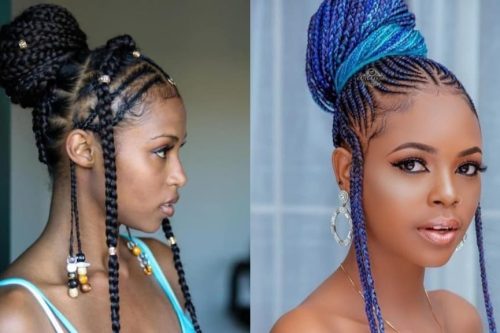 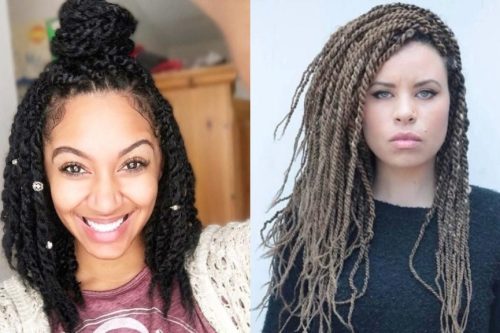 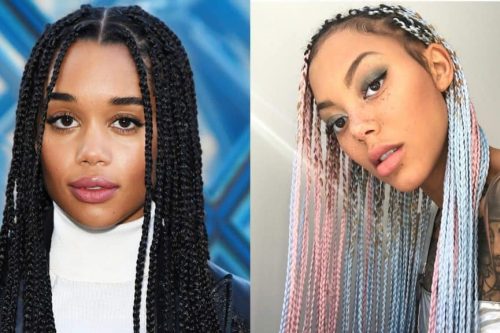 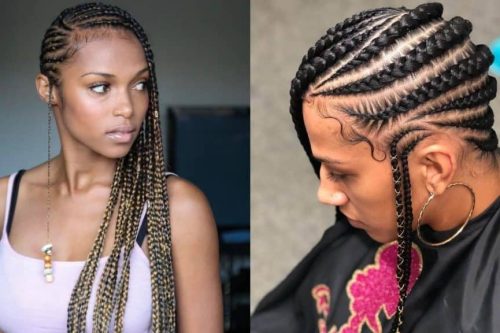